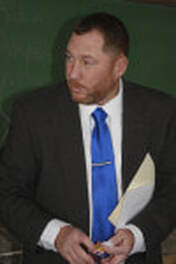 If I was to start from the beginning I would probably need more then one page. I grew up in Church from a very young age and continued to attend until I was in my last few years of high school and my family pretty much stopped attending. In my life there was never a true change, no transformation, I had no salvation whatsoever. I was trusting in the sinners prayer I said a few times in youth ministries and a Christian camp, not trusting in Christ! I spent nine years in the Army living just like the rest of the world but all the while believing myself to be a Christian, even had it on my dog tags. Once I came home from the Army I tried to attend Church every so often but mostly because my daughter was playing basketball in a league the Church sponsored. Plus I was playing basketball with the men from that same Church which also was a reason I would attend but not because I was born again, rather for the activity of playing basketball. It wasn't until I was 32 years old at three o'clock in the morning when the Lord brought me to my knees, broken over my sins against a holy and just God. The Lord brought me to repentance and faith in His Son Jesus Christ and from that day my desires changed. I was and am a new creation, the old has passed away all things become new.

My desires changed and I wanted to know more and more about Jesus Christ, so I listened to so many sermons to hear God's Word preached, also listening to Christian audio books, lectures and the Audio Bible. Just wanted and desiring to know more and more about the things of the Lord. Also from the very beginning of my conversion, I was sharing the Gospel with everyone in my family and friends. I didn't know much in the beginning but what I did know I shared it with others and as I began to learn more from the reading and preaching of God's Word that to I would share with my family. Facebook had been around for sometime and I refused to get one but when my brother was going back to Iraq for his second time I created a Facebook account to stay in contact while he was away. Once I was on Facebook and reconnecting with people I went to high school with as well as Army buddies, and many other people I really don't know so well but have connected with. So I began to use Facebook as a place to also do ministry. Sharing verses, sermons and biblical messages on my page. Even getting into many "online debates" over the evidence of God being true or is scripture reliable, also calling out false teachers. Which eventually I was booted from Facebook. They aloud me to get my page back but then again I was blocked, reported for hate speech because of sharing the Gospel of Jesus Christ. And so that became the beginning of what is now called G220 Ministries. Initially I was just starting a Facebook page to promote and share the Gospel under the name of Disciple-Making Ministries, the more I began to be out witnessing and through the internet, I was able to meet many other brothers and sisters who were also compassionate about sharing the Gospel and as things started to go the ministry began doing more.

At the beginning of 2014 my friend Chris and I began a Christian internet radio show called Berean Boys Radio, which lasted for two months. We had to break away from the show due to my friend having many other ministry obligations to handle. So that became the beginning of G220 Radio. A Christian internet radio show that deals with a wide range of topics from a Christian worldview. It has been a blessing to be able to run G220 Radio and all the wonderful guests that have been on to share their wisdom and knowledge from the Word of God on different issues. Also during this time of running G220 there have been opportunities to attend conferences and meet many more good brothers and sisters in Christ. Also during this time I wanted to condense the things I was doing ministry wise into one single ministry. And that is when I changed the name of Disciple-Making Ministries to G220 Ministries.

My prayer and hope in all of this is that The LORD BE GLORIFIED through the ministry and radio show. I would never claim to be an expert or assume I have everything all figured out. The Christian life is a process of continued growth, being conformed more and more to the image of Christ Jesus, as we await the Glorious return of our KING of kings and LORD of lords.

G220 Ministries is here to, by God's sovereign grace see those who are lost come to faith in Jesus Christ, and to help and assist believers in their walk with the Lord Jesus Christ. 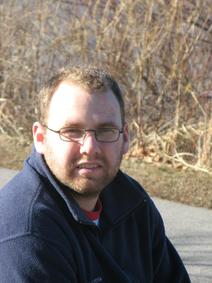 ​Mike Miller
Co-Owner & Host of G220 Radio
​
Mike Miller grew up in a liberal Presbyterian church in Nebraska. While he attended choir and youth group at the request of his dad, he did not desire such activities. When he left home to attend Iowa State University (ISU), he would forsake the church. Since he was an engineering student, science ruled his thought including a belief in evolution.

In the spring semester of his first and only year at ISU, God began to work in his life. Before heading to college, Mike realized he sinned, but all the church offered was do better. The prayer of confession seemed to indicate he could do better without God. God put Christians around him, including a friend of a high school friend that worked for Navigators. This spring semester, Mike would start a Bible Study with this new friend. The pivotal moment was when his friend told him the gospel at the end of the study and asked him to mark his location on the bridge evangelism method, he marked myself near the edge of the paper. That summer, Mike would wrestle with this until Air Force basic training.

It was the first Sunday in basic training, and God gripped Mike’s heart and broke him of his self-sufficiency. From this point on, Mike would believe in God as creator and redeemer, to use John Calvin’s language. God would provide other Christians while in the military. In Oklahoma, Mike learned the importance of Bible study. Later in England, with George, he learned to evangelize and developed an interest in apologetics. With advice from his Sunday School teacher, Mike left active duty Air Force for the Reserves and started school at Liberty University. He graduated from Liberty in May 2012. Desiring to teach theology, Mike and wife would move to Louisville, Ky so he could attend The Southern Baptist Theological Seminary for his Master of Divinity (M. Div.). In December 2018, he graduated from SBTS.

Mike is married to Kathren, a theology nerd in her own right. He is the father of Aletheia, Greek for truth, and Emmett, which is related to truth in Hebrew. An owner of a very friendly standard poodle named Rhya. What little free time he has, he enjoys disc golf and watching basketball plus other weird sports Americans tend not to watch. However, brewing and roasting coffee is the hobby of choice.

When I was six years old, I asked Jesus into my heart. Growing up in an
ordinary American evangelical household, I believed that praying the simple prayer of “Jesus
please come into my heart,” was both necessary and sufficient to be saved from my sins. My
parents had left the ELCA church we were attending around this time in my life because they
had begun affirming homosexuality even in the early 1990s. We moved to a non-denominational church that was more biblical, preached God’s Word, and encouraged personal study. Throughout my childhood my mom took me to all of the vacation bible schools and other church activities she could find. She always told me to think about Jesus before she dropped me off. My dad always encouraged me to “keep my Bible where I could get at it.” My parents did the best they knew how to raise me in the fear and admonition of the Lord.

The problem was that the simple prayer didn’t bring about my conversion and Jesus wasn’t “in my heart.” The first time I looked at pornography was when I was thirteen, I first got drunk when I was seventeen, and the first time I abused drugs was when I was twenty-three. I lived my life as a moralistic-therapeutic-deist. I was moralistic because I knew the Bible and the rules of pietistic Christianity. I was either proud and self-justified by this knowledge, or crushed when I failed to live up to my imaged standard. At the times I was crushed, I would come to God therapeutically to have my sins forgiven and to get more of His stuff. Finally, I was very deistic in that I didn’t see God as particularly involved in my affairs.

My conversion came when I was in law school at the age of twenty-seven. During the time I was in law school I had become severely addicted to Adderall and opiates. I had even obtained two different scripts from separate doctors. I was eventually caught double-dipping, cut off by the doctors, and was no longer able to continue in my addiction. Because of this I was forced to take a medical leave from law school and also to attend Alcoholics Anonymous meetings. AA’s third step is to “Make a decision to turn your will and life over to God.” This is an impossible task for the natural man as I quickly found out. Around this time, I was also listening to sermons by a famous preacher in the Presbyterian tradition who made a point to preach the Gospel each time he exposited the Word. One night I had cried out that Jesus would never leave me, and this time God used a simple prayer to effect my conversion. Something had changed; I was changed and I needed to know what had happened.

I became Reformed early in my faith. When I was converted I immediately knew that my entire life I had not actually been a Christian. The first book of the Bible that I studied in any depth was Paul’s letter to the Romans. Romans 1:18-32 was the first place in the Bible that I noticed the Scriptures lining up perfectly with reality because it seemed to perfectly describe the depths of my depravity. I realized from this study that I was formally a God-hater and was now made new through faith in Christ alone and not by any moralistic work.

Shortly after I became a Christian I served for three and half years in the middle school ministry at my former non-denominational church. There I taught a group of students from the time they were in sixth grade through eighth grade and began with a fresh crop of students until I moved to a new church in the winter of 2018. I am now a member of the Presbyterian Church in America (PCA) and hold to the Westminster Standards. I have been engaged in street evangelism since the summer of 2018.

​Galatians 2:20 I have been crucified with Christ. It is no longer I who live, but Christ who lives in me. And the life I now live in the flesh I live by faith in the Son of God, who loved me and gave himself for me.